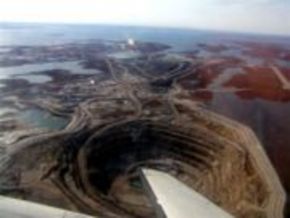 The North West Territories (NWT) in Canada is not a world apart, but still a wonderland – a wonderland where you see the midnight sun in summer and northern lights in winter. If sights like these make your nights real dreams, then there is NWT’s fascinating topography to keep your days busy. You can go beyond the Arctic Circle to see the barren isles and tundra plains but as you will move a little southward, you will come upon boreal forests and azure lakes.

Your landscape viewing does not end there and you will still have towering mountains, spectacular canyons and verdant woodlands with crystal clear rivers to explore. Then, there is NWT’s wealth of wildlife – it is not just the occasional bison or bear, but a host of animals like caribou, moose, musk ox, polar bears and also rare avian species. Moreover, with scores of activities like angling, canoeing, hiking, kayaking, skiing and trekking promising diversions at different times of the year adventure freaks will have a field day in NWT. With its mixed populace of Euro-Canadians and native communities like the Dene and the Inuit, the cultural aspect and history of the territory is quite arresting.

Yellowknife: Yellowknife, the territorial capital, is the best place to start your NWT tourism. Despite being the commercial hub, Yellowknife is renowned for its great natural beauty; the undulating landscape intercepted by the nearby lakes (including the Great Slave Lake) is indeed arresting and then there is the ‘no-miss’ nightly Aurora Borealis phenomenon. Yellowknife’s Legislative Assembly is a must-visit for the tourists because of its unique igloo-shaped architecture. And then, there is the Prince of Wales Northern Heritage Museum with its hosts of exhibits that throw light on different aspects like the natural history of the region, the aboriginals and European explorations, etc. Besides sightseeing, Yellowknife is also famous for its music festivals, its fishing lodges and bush plane tours. Being an urban center, Yellowknife also has a range of shops and restaurants.

Other Popular Destinations/Regions: Yellowknife is the only city in NWT, but this fact does not limit the number of places to visit. You can visit Inuvik – the artificially-built town on the Mackenzie River Delta. Just stone’s throws away from Inuvik are Inuvialuit and Dene settlements like Aklavik and Paulatuk. For a change, you can visit a non-aboriginal settlement like Norman Wells, the old oil town; the only land-route to Norman Wells is via the Canol Heritage Trail, or else, you can make use of water/air transport available. Besides, there are other native settlements and the national parks (namely, the Aulavik National Park, Nahanni National Park Reserve, Tuktut Nogait National Park and Wood Buffalo National Park) within NWT.

North West Territories’ economy depends on the wealth of its natural resources including diamond, gold, natural gas and petroleum. Besides, NWT’s terra firma is rich in other metal and mineral reserves like copper, silver, tungsten, uranium, etc. NWT also has a commercially thriving fishing industry. Agriculture is almost non-existent and is done only in the south Mackenzie River region.

NWT has always had to face challenges with Transportation and Communication chiefly due to its long-lasting winters. The rivers remain frozen for a considerable part of the year, making transportation via water-ways almost impossible. To counter this, NWT has come up with networks of highways that connect its towns and cities to other important Canadian cities. NWT also has a number of airports/airstrips and much of territorial commerce and tourism relies on air-traffic. NWT’s telecommunication infrastructure also deserves applause.

NWT’s culture shows a pronounced influence of the indigenous people – people who make up about half of the territory’s population and have inhabited these regions for thousands of years. The other half of the populace traces its origins from European settlers and they have evolved a culture very similar to Canadian culture. The North West Territorians speak 11 different languages, which have all been given the status of ‘official languages’. The majority of North West Territorians follow Christianity.

Things about North West Territories you may be interested in

Deline (also famous by the name Charter Community of Deline) is situated in the North Western territories of Canada. It is part of Sahtu Region which is one of the 5 administrative regions in North Western Territories in Canada. The word Deline stands for ‘where water flows’ which is actually the reference to Great Bear River that flows in the proximity. ...  Read more »

Located in the northern part of Canada and built on the shores of a narrow peninsula jutting into Great Slave Lake, Yellowknife was inhabited by the Dene peoples before white people came because they were attracted by the gold that was discovered in the area. Gold extraction was the city’s economic mainstay for a long time and this can be observed as you first enter the city....  Read more »