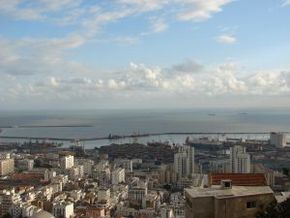 The North-African country of Algeria lies on the coast of the Mediterranean Sea. Algeria is the second largest country in Africa, and despite the recent civil unrest within the country, it has many wonders that will convince an adventurous traveler to visit it. Algeria mixes a French colonial past with tribal history. Even today, UNESCO strives to protect the remains of the tribal culture, although the cities and towns of Algeria are now an intertwining of modern, colonial and traditional elements. Algeria used to be a flourishing tourist destination until the beginning of the 1990’s, and in recent years, it has begun to regain its former attractiveness. Travelling alone is not the best idea in Algeria, but if you can secure transportation and some reliable travel companion, it would be a shame to pass up the opportunity to visit this fascinating country. This Algeria Travel Guide will give you some useful information about the geography and culture of the country.

Algeria has quite an extensive Mediterranean coastline peppered with several islands. More than four-fifths of Algeria’s territory is covered by deserts, but in the north, there are mountain rages that stretch from Morocco, the western neighbor. The northern areas of Algeria are part of Maghreb, a region that also comprises Tunisia, Morocco and Libya. In the northern parts, you can expect a mild, Mediterranean climate, but the further you go south, the hotter the climate becomes. Although in the past Algeria had expanses of lush forests, agriculture had almost completely erased them in the colonial era. The best places to get a taste of genuine Algerian life are the capital city of Algiers and Oran, both coastal towns where you can choose between sightseeing, shopping at bazaars and tasting Algerian delicacies.

The history of Algeria has made a strong imprint on the nation’s culture. The language spoken by the masses is Arabic, but it is not the language encountered in other North-African countries. Algerian Arabic has many loanwords from Turkish, Spanish, Berber and French, so don’t expect to understand it perfectly even if you are a speaker of Arabic. Various dialects are spoken by the Berber population, and in urban areas, many people speak French as well as Arabic. The literary world of Algeria has produces some world-renowned writers such as Albert Camus and Mohammed Dib.

Keep in mind that Algeria is a predominantly Muslim country, so a healthy dose of respect is required when it comes to all aspects of society. You can find a wide variety of handicrafts in Algeria, ranging from pottery to musical instruments.

Algerian cuisine is influenced by the Ottomans, Berbers and French. Breakfast is generally very light, comprising pastries, tea and Arabic coffee. Dinner is usually an elaborate affair with several courses. One of the most famous Algerian dishes is merguez, a type of spicy lamb sausage.

Annaba lies in the north-eastern part of Algeria and it is situated near the Seybouse River and along the Tunisian border. It is also located near Tunis and is considered to be Algeria’s fourth largest city. It is also one of the prominent industrial centers of Algeria. Annaba was known as Hippo Regius in Roman times and was founded by the famous Phoenicians in the 13th century BC....  Read more »

Oran, a city situated on the Mediterranean coast of northwest Algeria, is considered to be the largest metropolitan area in the western part of the former Ottoman Empire. Oran is currently the capital of the Oran Province and has a population of nearly one million. The city has an urban population of 2 million, thus becoming the second largest city in the state of Algeria....  Read more »

The city of Algiers happens to be the capital city for the country of Algeria. The old city of Algiers is located somewhere on a steep hill. The old city is more or less like the older styled casbah which were sort - of villages in historical days. The casbah of Algiers and two different quays form a triangle on the geographical map if observed carefully....  Read more »

When in Algiers, the destinations to visit, the sights to behold and the grandeur to marvel can become endless. In a city as historical as this, the obvious influences of its colonizers can be found almost everywhere: in the architecture of the ancient buildings, in the food served on the streets and restaurants and overall in the culture and heritage as depicted by the people. ...  Read more »